Professor Xiaochun Li is the Raytheon Endowed Chair in Manufacturing Engineering in the Departments of Mechanical and Aerospace Engineering & Materials Science and Engineering at the University of California, Los Angeles (UCLA).

Prof. Li received his Ph.D. at Stanford University in 2001. He is a holder of multiple best paper awards and patents, including more than 10 of those licensed by industry. Dr. Li received National Science Foundation CAREER award in 2002, Jiri Tlusty Outstanding Young Manufacturing Engineer Award from Society of Manufacturing Engineers in 2003, and 2008 Howard F. Taylor Award from American Foundry Society (AFS).

Dr. Li was previously a professor in the Department of Mechanical Engineering and Materials Science Program at the University of Wisconsin-Madison (UW-Madison) from 2001 to 2013. He served as the Director of Nano-Engineered Materials Processing Center (NEMPC) at UW-Madison between 2009 and 2013. Dr. Li has been elected a member of EU Academy of Sciences and Fellows in American Society of Mechanical Engineers and the International Society for Nanomanufacturing. 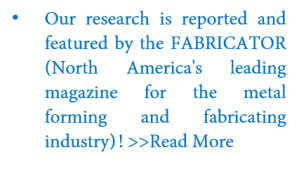